Posted on August 13, 2017 by Author and Speaker Pamela Foster 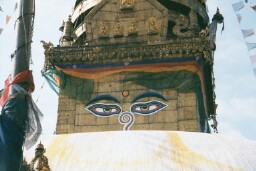 A few days ago I started to write this ‘H’ post about hope. My intent was to incorporate healing into the mix. Look, it’s not like I don’t know that people can only take so much raw truth and pain on any subject. I’ve dealt with Jack’s combat PTSD for well over twenty-five years now. At some point, friends, readers, fans, acquaintances, the neighbor, the checker at the supermarket, everyone just wants me to shut the fuck up and get on with my life.

I actually see them mentally putting their hands over their ears and hollering, “Okay. Okay. I get it. Your life sucks. Now can we move on?”

So, today’s post is about hollering and hope and healing and help and humor.

Accepting help is difficult for me. Which is odd because so many people have, over the years, been there for me at just the right moment to offer a hand or a shoulder or a kind word.

A week or so ago, Jack moved from a walker to a wheelchair. The frequency of his falls increased to the point that he was perpetually banged up, bruised, and battered. Four falls in a week was his limit and he quietly borrowed a wheelchair from a friend as the custom wheels the VA ordered him have not yet arrived. The second fall in that week of falls, looked like the least destructive of all, and yet it turned out to be the one that put him in a wheelchair.

It was almost comical, that fall. Like Arte Johnson tipping over on that Laugh-In tricycle. We were in a Tibetan Rug shop with friends visiting from out-of-town. Jack was chatting with the salesperson, regaling her with stories of our trip to Nepal, talking about our own small forays into the lower end of the Himalayas. He turned to leave after this nice conversation, tipped sideways, corrected for a moment and then lost his balance and fell face-first so that his shoulders landed on two thick piles of Tibetan carpets. It looked like the gentlest, most fortuitous fall ever. It looked like a prat fall, a joke, like he did it on purpose just to show how it’s done.

That fall onto thick carpets turned out to be anything but amusing. Jack weighs about 315 pounds. The carpets on which he landed were stacked about two feet high, enough room between so that his body fell between the rugs supported by his shoulders which landed on the carpets. That fall reinjured both rotator cuffs. The injury to his shoulders made it painful for him to balance by leaning on the walker. He fell two nights later and, unable to break his fall with his hands because of the shoulder pain, landed hard on one hip. The hip wasn’t broken but it would no longer support his wieght.

And, that is how he ended up a borrowed wheelchair waiting on his new candy apple red custom wheels from the VA.

Anytime Jack’s level of care rises, my stress rides that roller coaster right on up to the tippy-top. I fuss and cry and holler and cuss. Which vents some emotional steam, but also generates additional stress. Unable to lift the wheelchair into and out of the car and now unable to transport Jack anywhere without the wheelchair, this time, in addition to hollering, I was forced to ask for help. My level of stress was so high that even I realized I must take additional time for myself.

On Tuesday, a writer friend and I drove south a few miles through the old growth redwood forest and dipped our toes in the lovely green water of the Eel River. We got as lost as two old-time Humboldt County women can get on the Avenue of the Giants, enjoyed lunch in forest, and talked about everything from caregiving, to the nuances of shadow and light, to the appeal of older men. On Thursday my middle son and I drove up the coast to Dry Lagoon. We found a few agates, poked at the elk scat, and snapped photos of sun bleached and wind scoured redwood logs as big as houses. We ate lunch in Orick with its stunning views of fog draped, forest-covered mountains, and then drove on home in time to take Jack to the free concert on the bay. Rock and Roll in a light mist. Couldn’t miss that.

My son loaded and unloaded the wheelchair, friends did their best to corral Jack who, at these events, suddenly channels hitherto unknown energy and propels himself to vendors of raffle tickets, free merchandise, and good-looking women faster than I can catch him. The following day, Friday, my oldest son and I hung out at mill yards in search of decking boards. He will begin a deck tomorrow which will look fantastic, give us much more usable outdoor space and, best of all, do away with the need for an ugly aluminum lift the VA offered to attach to our house in order to get Jack safely to and from the car.

Friday afternoon Jack wanted to attend his Parkinson group. Neither of my sons who live in the area were available to load and unload the chair and our good friends, who usual attend the group, were busy with family from out of town, and preparations for a wedding the next day. I reached out and asked if they would be at the group, knowing they almost certainly would not be attending. The husband offered to attend so as to get Jack’s wheelchair in and out of the car. I’d like it noted that I both asked for and gratefully accepted this help from generous friends.

Saturday morning, a good friend dropped by to gift me with several herbal remedies for stress. Perhaps my wild-eyed hollering and the tic in my left eye were her hints that I needed help, though it is also possible that I actually gave a verbal hint or two. Like, I’m pretty sure I actually said, “I’m losing my freaking mind.” Either way, the image of her choosing these items and bringing them to me was healing in of itself, even before the soothing effects of the lozenges and essential oils.

Saturday afternoon, Jack wanted to attend a local doggie event called Wolfstock. Hundreds of dogs. My personal favorite was a white poodle in a pink tutu and rhinestone tiara. Our 125 pound pup bobbed for hotdogs and had his picture taken with Jack. He also sniffed every single dog in attendance, allowed endless children and adults to pet him, and generally had a wonderful time. However, this event took place on an acre or two of patchy grass. Not wheelchair friendly terrain. My middle son came with us and pushed Jack’s chair. A friend came along to handle Nick, who at ten months still tends to strain on the leash on occasion which can tweak my back in seconds. So, thanks to these two men I got to stroll casually through the people and dogs, answer the question, “What kind of dog is that?” a few dozen times, and just generally enjoy myself.

During this same period two dear friends reached out to me, one called and the other sent one of those emails that I printed out and tacked to wall near my computer. Both contacts let hope into my darkness, helped me see that I will live another day, that life does, indeed, go on.

So, with the help of my sons and of all these friends, this week I healed the raw edges of my soul a bit. It’s not just raising children that takes a village. This morning I hollered a bit when the rack in the dishwasher slid off its tracks, just weeks after a $250 repair bill. I cussed over a limited and unsuccessful attempt to put the batteries in Jack’s hearing aids. But I also laughed at myself when Jack, tremors and all, managed to fix both of those problems without a single cuss word and without raising his voice. Though it should be noted that, with his progressive supranuclear palsy, raising his voice is extremely difficult for him, so, you know, he sort of cheated.

I’ll continue this blog. For now, you can remove your hands from over your ears.

About Author and Speaker Pamela Foster

Pamela Foster is a speaker and author. Her first book, Redneck Goddess, is available at local bookstores and on Amazon. Her second book, Bigfoot Blues, will be available in August 2012.
View all posts by Author and Speaker Pamela Foster →
This entry was posted in aging, caregiver, grief, health, Humboldt County, humor, marriage, Uncategorized. Bookmark the permalink.